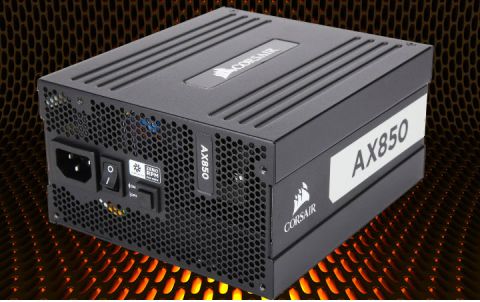 The load regulation is tight overall. Nonetheless, the SSR-850TR performs even better here in all rails, but 5VSB.

The hold-up time is much longer than 17ms, the minimum that the ATX spec requires, while the power-ok signal is accurate.

The registered inrush currents are at normal levels.

The fan profile is relaxed even under extremely tough conditions. Moreover, the unit's efficiency is high and strangely enough it peaks with 30% of the platform's max-rated-capacity load. Normally we measure the peak efficiency at the 40-50% load tests.

In the following tests, we measure the AX850's efficiency at loads significantly lower than 10 percent of its maximum capacity (the lowest load the 80 PLUS standard measures). This is important for representing when a PC is idle, with power-saving features turned on.

Unlder light loads the unit's fan is not employed at all, even under >36°C ambient, and the efficiency levels are amazing! With 80W load the 90% mark is easily reached, while with 20W we measure close to 78% efficiency while other units in the same test struggle to stay above 70%.

Next, we plotted a chart showing the AX850’s efficiency at low loads, and loads from 10 to 110 percent of its maximum-rated capacity. The higher a PSU’s efficiency the less energy goes wasted leading to a reduced carbon footprint, besides lower electricity bills.

With normal loads the AX850 conquers first place, while with light loads it is second behind Seasonic's original platform.

As we already mentioned, the fan profile is highly relaxed under any operating condition.

The semi-passive operation lasts for quite long (up to 300W) and the fan's speed is kept low when it is engaged.