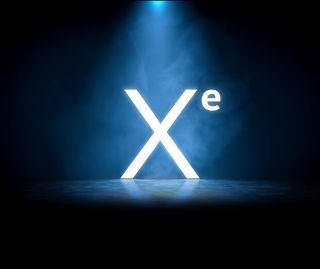 Intel’s latest driver work for Linux 5.5 has shown that it is working on multi-GPU capabilities for its discrete Xe and Gen 12 graphics solutions. The capabilities would include integrated and discrete graphics working concurrently.

Phoronix already reported in August on work Intel has been doing for its graphics driver to support multiple devices concurrently. Phoronix said the muti-GPU support would most commonly be for the case of integrated graphics paired with a discrete Xe GPU, as the patches said: "With discrete graphics system can have both integrated and discrete GPU handled by i915 [driver]."

For multiple discrete GPU setups like SLI and CrossFire, Phoronix wasn’t expecting much on the user-space side, however, saying that the OpenCL and Vulkan APIs could handle those cases, for compute and graphics respectively.

The work is part of an ongoing effort to prepare Intel’s driver for discrete graphics support. The latest changes Phoronix reported for the upcoming Linux 5.5 kernel is code for a performance monitoring unit (PMU) for handling the integrated plus discrete graphics use-case. While it isn’t too interesting by itself, it further shows Intel’s work on Xe and multi-GPU capabilities.

Such multi-GPU capabilities are further noteworthy because there are rumors that Intel’s Arctic Sound discrete GPU will consist of a multi-chip package (MCP) of possibly four graphics dies, although it is not known if this multi-GPU work is related.

Other pieces that made it into the Linux 5.5 kernel include other work on bringing up Tiger Lake and Xe and the initial bits for Jasper Lake, a 10nm Atom SoC that probably won’t release until well into 2020, Phoronix suggested based on the timing.

It is not the first time information about Intel’s upcoming graphics has leaked via its Linux graphics driver enablement, such as a Mountain View SoC and a new display feature for Xe. Earlier this month, chief architect Raja Koduri might have suggested a June 2020 announcement for its first discrete graphics cards.