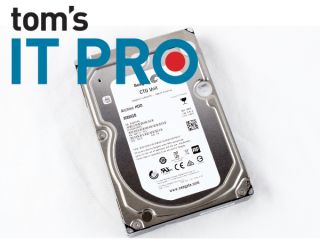 We create more data every time we snap a picture with our phone, record a video or post something to a social media website. The budding Internet of Things (IoT) means that our thermostats, vehicles and toasters (conceivably) only add to this unending stream of data. The Internet reaches to the far flung corners of the globe and the number of users streaming data, seemingly just into the nether, continues to expand every day.

The only problem is that the data isn't actually disappearing into the nether. We expect to be able to retrieve a family picture in mere milliseconds from Facebook even if we uploaded it (and forgot about it) five years ago. We increasingly (and blindly) trust that our social media services will safely store our data and memories, well, forever.

The picture from your latest snap has to land somewhere, and that "somewhere" is a server that churns away day and night. This influx of data creates a tremendous challenge at the other end of the pipe, and datacenter operators are tasked with keeping this exponentially increasing burden of data under safe keeping; but the key is to do it in a cost-effective manner.

HDD vendors have responded to the need for more storage with clever engineering that increases the amount of storage they can provide per device, as well as per dollar. The newest innovation comes in the form of SMR (Shingled Magnetic Recording), which overlays data tracks to increase the amount of available storage capacity.

The Seagate SMR datacenter offering lowers cost to an unheard-of three cents per gigabyte of storage (and that is at retail pricing). This low cost has made the drives increasingly popular with consumers for bulk data storage, which is a use-case the drive excels at.

However, SMR is not without its tradeoffs. For those who aren't familiar with the limitations of SMR technology it can become a frustrating experience. Never fear, we've got it all figured out. Come along as we explore all things SMR in our Seagate 8TB Archive HDD Review at Tom's IT Pro.

Paul Alcorn is a Contributing Editor for Tom's IT Pro, covering Storage. Follow him on Twitter and on Google+.