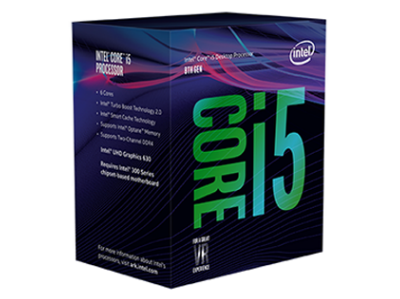 Our GDI/GDI+ tests are used to test two different output methods that can be found in older applications and printing tasks. Today, they, or at least a modified version of them, are commonly used to display the graphical user interface (GUI). They are also great benchmarks for direct device write throughput and memory performance when handling gigantic device-independent bitmap (DIB) files.

We take a look at direct device write throughput first. The graphics driver uses the CPU heavily for this task, but doesn’t employ many threads.

The Intel processors are the fastest in this test, particularly after tuning.

We up the ante by introducing memory to the mix. This is done with the help of the only remaining 2D hardware function: generating the graphics output in memory and then copying it to the output device all at once. The benchmark’s the same as before. We just plot a bitmap in memory, as opposed to sending the information directly to the monitor. The bitmap’s copied to it only once it’s complete. This pushes the CPUs, since they’re no longer platform-bound. The results prove interesting: frequency rules, but AMD can keep up.

Even though AutoCAD does use DirectX, ultimately it just duplicates every single draw function in software. The results are exactly as expected, and IPC throughput is emphasized due to AutoCAD’s limited scaling with additional cores.

Most professional development applications have been optimized and compiled with Intel CPUs in mind. This is reflected in their performance numbers. Still, we include them in order to motivate developers to focus their efforts on AMD’s Ryzen processors as well. This would give users more than one choice. The same goes for an emphasis on multi-core processors, at least where that’s feasible and makes sense.

Clock rate trumps core count. Intel’s Kaby Lake and Coffee Lake land fairly close to each other, with clock rate determining the winner. AutoCAD’s performance turns out to be close to that of older games, since it uses DirectX and isn’t really optimized to take advantage of multiple cores.

Frequency is (almost) everything in the Cinebench R15 OpenGL benchmark, as the Core i5-8600K achieves near-parity with Intel's quad-core -7600K at its stock settings.

Given that Ryzen 7 1700 is slower than Ryzen 5 1600X operating 100 MHz higher, we can safely conclude that Cinebench doesn't scale well across multiple cores during the OpenGL benchmark.

SolidWorks 2015 also emphasizes clock rate. At the same frequency, Coffee Lake and its predecessor end up in the same place. This doesn’t come as a surprise though, since SolidWorks 2015 typically doesn’t use more than four cores.

The Blender and 3ds Max real-time 3D previews yield similar results: frequency is everything. Of course, final rendering is a different story, and we'll get to that shortly.

The 3ds Max results aren’t based on time to completion. Rather, this benchmark generates a composite index based on CPU performance during a set time period. The Core i5-8600K leverages its two extra cores to carve out a lead over Core i5-7600K in stock and overclocked trim.

This is one of the graphics benchmarks that has been optimized time and again (it’s part of the free SPECviewperf 12 suite). However, it still provides a fairly good measure of CPU performance, with an emphasis on clock rate.

As expected, Hyper-Threading does little for the Core i7, while overclocking nudges Core i5-8600K into a narrow lead.

At the risk of beating a dead horse, our chart paints a picture we've seen several times already. The real-time 3D output numbers don’t tell a complete story, though. As we're about to see, core count reigns supreme when it comes to final rendering.