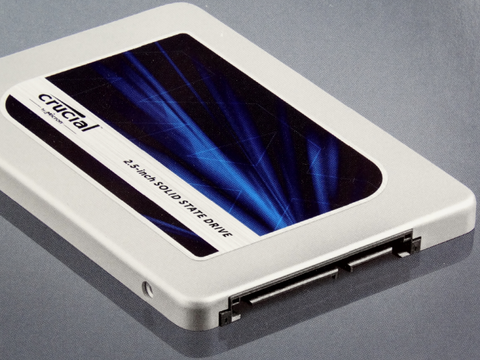 The MX300 series has matured well in its limited time on the market. I would consider this series retail ready, unlike the early 750GB we tested with initial release firmware. In time, it will only get better. Crucial plans to release a new 2TB model in a month and that will be an exciting product. It would be nice if Crucial lowered the price to take the fight to Samsung, but with a NAND shortage in full swing, we completely understand the pricing pressure.

We've been fairly hard on Crucial, and parent company Micron, over the last couple of years. As one of a handful of NAND flash manufacturers, we always expect a little more from Crucial just as we do Samsung, Toshiba and SK hynix. In years past, SSDs have mainly been a compromise between capacity and high performance. The next battleground is capacity, and for the first time in a long time, Crucial will lead the way.

Crucial started conservatively with its initial round of MX300 SSDs. First, we tested a limited edition 750GB model that the company released to show off its new 3D TLC NAND. Now we are back for another round with 525GB and 1050GB products, but the next round is rapidly approaching. On September 13, the MX300 will ship with a 2TB capacity point for $550.

That is as far as our timeline (or crystal ball) shows for retail Crucial SSDs, but we know the company will not stop there. Crucial has publicly stated that the second generation of its 3D NAND will begin sampling in early 2017. The next iteration will come quickly and double the density of MLC (to 512Gb per die) and TLC (to 768Gb per die).

The next die density increase will be similar what we see with the first generation 3D from IMFT; capacities will increase while reducing the cost of retail products. Today, the MX300 1050GB (1TB) sells for $269. It's a nice price decrease from where 1TB SSDs were just a few months ago. The story takes a twist, though. Due to a NAND shortage, the MX300 1TB is selling for more than the MSRP ($260).

The current shortage will work against Crucial's goal of reducing retail prices. We may see prices increase even more over the next few months. I wouldn't expect many amazing Black Friday sales like we've had over the last five years. For shoppers, Black Friday and the month leading up to the new year have been a great time to buy SSDs. We usually see prices fall in late November and stay at that level for the rest of the year. In January, new product announcements come and those products ship at slightly elevated prices over the previous generation, which tend to experience a nice discount as part of the cycle.

If we didn't have a NAND shortage, the MX300 would look even more attractive than it does now. Even at its current price, it's hard to beat the MX300 in overall value. Let's take a look at the fine details and then compare its performance with other products.

The first specification that sticks out is the odd capacities in the MX300 product family. Crucial walked back the 1050GB's capacity rating at online retailers and simply lists the drive as a 1TB model. Users will get a little more capacity with each drive over standard 1TB products, and even more compared to competing 960GB SSDs.

The MX300 series ships with a Marvell 88SS1074 4-channel controller (codename Dean) with Low-Density Parity Check (LDPC). Crucial used Micron 384Gb three-bit per cell (TLC) NAND and DRAM to round out the vertical integration. The combination pushes the specifications up to 530 / 520 MB/s sequential read/write (all but the 275GB model). The random read/write performance weighs in at 92,000/83,000 IOPS. We're testing the 525GB and 1050GB drives, which share the same random performance specifications with the Limited Edition 750GB we tested in June.

Crucial's MX series brings premium features to the mainstream market. Like previous MX models, the MX300 uses small surface mount capacitors, which do not provide full protection from host power failures, but instead protect the data at rest.

The MX300 also supports 256-bit encryption with support for Trusted Computer Group (TCG) Opal 2.0 and IEEE-1667. The latter is the same protocol used for Microsoft's eDrive.

The MX300 also supports some exclusive or advanced features listed below.

We found a wide gap between Amazon and Newegg pricing while shopping for the MX300. Newegg currently features a lower price for all  MX300 models. The 1050GB drive sells for $269.99, and the 525GB is just $129.99. The Limited Edition 750GB drive came to market at $199 and currently sells for $183. The other MX300 products should come down in price in a few months when we get past the current NAND shortage.

The drives ship with a key for Acronis True Image that you can download here. The software allows you to clone the data from another storage device to the MX300. Crucial's Storage Executive software works with this series, as well. The software allows you to monitor S.M.A.R.T. data, enable Momentum Cache (a DRAM-based cache system that uses system memory), secure erase the drive, update the firmware and manage the AES 256-bit encryption.

Crucial removed the limited edition branding we found on the 750GB model. Other than the sticker, the packaging, drive and accessory package remained the same. The package lists the contents, warranty length, and a link to Crucial's software package.

The newly released models all look the same as the MX300 Special Edition 750GB we tested in June. Crucial figured out what side is the top of an SSD, so the stickers appear normal. This series, like most others shipping, uses the 7mm Z-height in a 2.5" form factor.

Both the 525GB and the 1050GB MX300 use the same Marvell 88SS1074 "Dean" 4-channel controller and Micron 3D TLC NAND. To reach the higher capacity, Crucial simply doubled the number of NAND packages rather than using the same printed circuit board and doubling the density of the NAND packages. The 1050GB drive also ships with more DRAM and capacitors, which help protect your data.