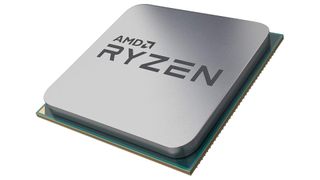 This dual salvo of price drops is probably in anticipation of the Ryzen XT 3000-series, announced earlier this week. Even so, the XT-series probably isn’t going to give a massive boost in performance over the standard Ryzen 3000-series. With 6 CPU cores and 12 threads, the Ryzen 5 3600 is still one of the best CPUs in this price point. Slotting into the AM4 CPU socket, it sports a base clock of 3.6 GHz and a max boost clock of 4.2 GHz and supports DDR4 RAM and PCIe 4.0.

In our AMD Ryzen 5 3600 review, we tested it across a suite of 10 games, and it averaged 118 frames per second (fps), while hitting an average of 144.6 fps in multi-threaded visual productivity benchmarks like Cinebench. That’s pretty impressive for a processor that you can get for under $170, plus it comes with the stock Wraith Stealth cooler.

Since AMD has yet to announce the desktop Ryzen 4000-series, this is still one of the best buys available right now. Not convinced? Newegg's deal is just $7 away from the chip's cheapest price ever, according to CamelCamelCamel.