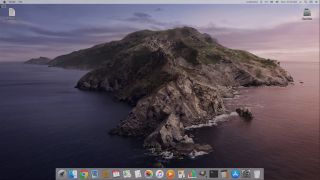 If you're looking for a classic Mac experience on the Raspberry Pi, you have to check out this new Raspbian skin from Grayduck and Pi Lab. The release, known as iRaspbian, mimics the look and feel of the Apple Mac OS X operating system.

The iRaspbian image is available for the Raspberry Pi, working great on the Raspberry Pi 4. It has menus, icons and interfaces that strongly resemble the Apple operating system whose first version debuted in 2001.

Since the new image is essentially Raspbian, you can expect to run many of the same applications as before without issue. All of your Raspbian menus and tools are accessible through the Mac OS X-themed interface. iRaspbian is also supposed to work well for streaming media and supports Steam and even Android mirroring.

You can find a demonstration of the new build on YouTube by ETA Prime: