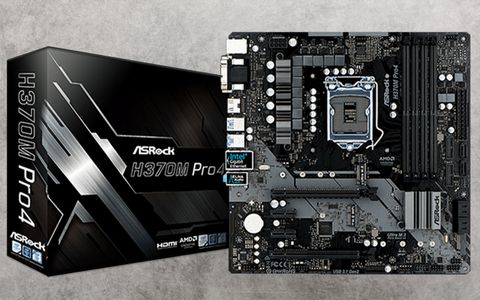 We picked our primary components (the CPU, graphics, and DRAM) based primarily upon a balance of performance and price. Intel’s Core i3-8350K offers four cores at 4GHz, and the fact that it’s unlocked hasn’t escaped us. It’s unlikely anyone will crack one of these locked platforms, but stranger things have happened. And we’d hate to be stuck with a locked processor if clock speed adjustments suddenly became available.

We also chose the GeForce GTX 1050 Ti for its performance-to-price ratio. The two-fan cooler of MSI’s Gaming X version gives us reduced noise while still fitting within two slots.

As for memory, we decided to stick with RAM we had on-hand. G.Skill’s Ripjaws V 3200 barely carries any price premium over budget sticks, and it could allow overclocking if anyone were to unlock the platform. Our CPU supports DDR4-2400 at both 9x 133MHz and 12x 100MHz settings, and if anyone ever figures out how to fool the boardinto using the higher 12x multiplier with the higher 133MHz base clock, the resulting 1600MHz frequency would get us to DDR4-3200.

The Core i3-8350k doesn't include a cooler, so we used a Noctua NH-U12 because it was handily close to our test bench.

Despite the difference in chipsets, the closest competitor to ASRock's H370 Pro4 is MSI's B360M Mortar, due to form factor, features and price. Due to pricing concerns, ASRock's own B360 Gaming K4 and Fatal1ty H370 Performance fill the remainder of these charts.