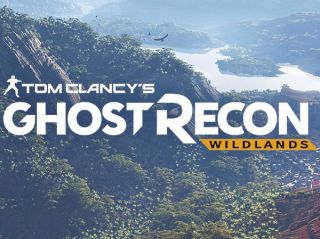 The Game, Graphics Engine, and Settings

Tom Clancy's Ghost Recon Wildlands is the franchise's first game to feature an open-world environment, giving Ubisoft Paris lots of room to create a variety of detailed landscapes. It employs the same AnvilNext 2.0 game engine as For Honor, so let's see how this DirectX 11-based multi-platform title runs on our mid-range PC.

Ubisoft published patch 1.1.5 right after we finished benchmarking Ghost Recon Wildlands. We redid all of the testing, if only to compare performance before and after the update. We point this out because developers are getting into a bad habit of shipping unfinished or poorly optimized content, only to clean it up in the days and weeks after launch. As such, release-date coverage ends up being based on what we diplomatically call a post-beta version.

The minimum and recommended hardware needed to play Ghost Recon Wildlands is available on Ubisoft's blog page. Apparently, satisfying the minimum requirement targets 720p game play using a Low quality preset, while the recommended configuration qualifies for 1920x1080 using High settings. On paper, this title appears to want plenty of system memory, since the floor is specified at 6GB.

Given “The Way It's Meant To Be Played” branding, we'd normally assume Ghost Recon Wildlands is optimized primarily for Nvidia graphics cards. But don't forget that this is a multi-platform game, forcing Ubisoft to make the experience particularly smooth on the Xbox One and PlayStation 4 hardware, which comes from AMD.

Naturally, we wanted to see if there were any rendering quality differences between the GeForce and Radeon cards.

There aren't any notable issues to point out using the Very High preset, regardless of whether we're looking at textures, shadows, or effects. That's good news. The picture you look at should appear similar no matter your GPU.

Numerous graphics settings are available to modify; the AnvilNext 2.0 engine can be configured to your heart's content in Ghost Recon Wildlands. Choose between five presets: Low, Medium, High, Very High, and Ultra.

Of course, you can customize the individual options within each preset, too. We did this by taking the Very High configuration and enabling the technologies Nvidia added: HBAO+, Turf Effects, and God Rays set to Enhanced.