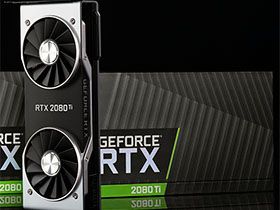 While we don't like that Nvidia's new thermal solution kicks waste heat back into your chassis, it's clearly a superior performer. Clock rate losses aren't nearly as dramatic as the previous generation. And a cooler-running processor means GPU Boost rates could probably be quite a bit higher without an issue.

Moreover, frequency differences between the open test setup and a closed case are non-existent.

To the best of its ability, Nvidia is taking the trial and error out of overclocking with an API/DLL package that partners like EVGA and MSI can build into their utilities. Instead of an enthusiast going back and forth, testing one part of the frequency/voltage curve at a time and adjusting based on the stability of various workloads, Nvidia’s new Scanner runs an arithmetic-based routine in its own process, evaluating stability without user input. Although Nvidia says the metric usually encounters math errors before crashing, the fact that it’s contained means the algorithm can recover gracefully if a crash does occur. This gives the tuning software a chance to increase voltage and try the same frequency again. Once the Scanner hits its maximum voltage setting and encounters one last failure, a new frequency/voltage curve is calculated based on the known-good results.

This worked quite well for us in practice, though our results did land below what we achieved after an hour of manually tweaking. If you'd rather save time and allow this one-click approach handle overclocking, we wouldn't dissuade you; the technology does what Nvidia says it's supposed to do.

Using a beta version of EVGA's Precision X1 utility, our GeForce RTX 2080 hit a stable 2025 MHz using Nvidia's new algorithm. Unfortunately, we believe that lackluster result is due to a low-quality GPU, not a fault with the Scanner package. Meanwhile, our GeForce RTX 2080 Ti stabilized at 1935 MHz after warming up on an open bench (and without any fan curve adjustment). In a closed case, it reached 1860 MHz.

The following charts illustrate our findings over 15 minutes of warm-up time. Pay particular attention to the GPU temperature ramp on an open test bench and in a closed case. Despite the roughly eight-degree delta between both configurations, clock rates hardly change between them.

Next, we have high-resolution infrared pictures taken during our gaming loop and stress on the open bench and inside of a closed case. Large thermal deltas are apparent from both examples. However, neither workload is able to expose a problem with cooling under the GPU package. Nvidia's vapor chamber/heat sink combination again shows itself to be highly competent.

Prev Page Power Consumption Next Page Nvidia's Thermal Solution, In Depth
156 Comments Comment from the forums
Be In the Know