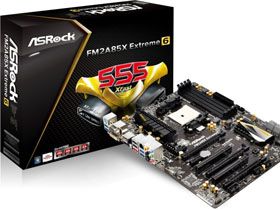 Once upon a time, processor reviews were simpler. Isolating x86 performance made it easy for us to draw comparisons. Today, though, we have on-board graphics, integrated memory controllers, and ISA extensions to look at. The benchmarks we run play a huge part in exposing the benefits of each piece of a modern host processor, and we're naturally very careful about testing as thoroughly as possible.

AMD's Trinity architecture received a lot of attention from us when it launched:

AMD Trinity On The Desktop: A10, A8, And A6 Get Benchmarked!
AMD Desktop Trinity Update: Now With Core i3 And A8-3870K
Gaming At 1920x1080: AMD's Trinity Takes On Intel HD Graphics
AMD's Trinity APU Efficiency: Undervolted And Overclocked

In those stories, we discovered that AMD's Piledriver-based modules are faster than their predecessors based on the Bulldozer architecture. But because AMD never released a Bulldozer-based APU, we also had to face the fact that, in some cases, older Llano-based parts were as quick or quicker. Hardly a reason to toss your old Socket FM1 motherboard and upgrade to Socket FM2, right?

Fortunately, the new APUs do manage to nudge graphics performance forward. And because AMD's on-die graphics engines are already significantly faster than Intel's best effort, the extra speed only served to hammer that point home.

And so, you're faced with an interesting conundrum. On one hand, we wouldn't mind a Trinity-based APU specifically for its 3D capabilities. On the other, we're still compelled to build with an add-in graphics card in mind. Really, then, the ideal customer for an APU is someone able to enjoy the cost savings of an A10 or A8, who won't be stymied by the chip's limitations, and who won't then go get frustrated and buy a discrete GPU. At that point, you're just watering down the platform's value and compounding its power consumption.

With that in mind, we're curious about AMD's latest driver optimizations. We also wonder if motherboard vendors have any graphics performance-optimizing tricks up their sleeves. So, rather than dropping some unrealistically-expensive discrete board into today's test beds, we're evaluating six Socket FM2-equipped platforms using an AMD A10-5800K operating all on its own.