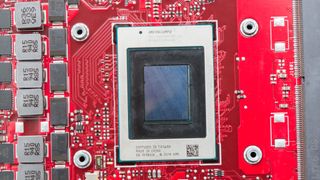 The Asus ROG Zephyrus G14 is one of the best gaming laptops, in part because of its excellent battery life. In our review, the laptop and its 76 WHr battery lasted 11 hours and 32 minutes on our battery test.

Usually, our battery testing ends there. But the Zephyrus, powered by a 35W AMD Ryzen 9 4900HS and an Nvidia GeForce RTX 2060 Max-Q, proved to be incredibly power efficient. We came up with a few more tests to see how the laptop’s battery performs in more specific situations.

All of our tests had constants: we used our own power plan, which keeps the display brightness at 150 nits and prevents the computer from sleeping.

Usually, we would have tested with similar competitors. However, in our current extenuating circumstances, those are locked in an office we can’t enter. But this does show just how long-lasting the Zephyrus is:

The battery test we use in our reviews connects to a local server over Wi-Fi, and uses it to browse the web, stream videos and run browser-based OpenGL tests. Each laptop that runs the test is set to 150 nits of brightness. Asus’ laptop lasted a surprising 11 hours and 32 minutes on this test.

To test the battery while the CPU was being taxed, we ran Cinebench R20 on a loop. This puts the CPU load at 100%, with minor dips each time the rendering sequence restarts. The computer shut down after 2 hours and 23 minutes.

For gaming, we used Metro Exodus’ benchmark on low settings, which averaged just over 30 fps while on battery during a test run. The Zepyhrus endured for 2:18, though frame rates started dropping toward the end of the test.

In this test, we played the open-source movie Tears of Steel on a loop. It came in at just shy of 11 hours (10:59). With a runtime of 12 minutes and 14 seconds (including credits), the movie died toward the end of its fifty-fourth playthrough.

We haven’t had the opportunity to test other Ryzen 4000 mobile parts, so we can’t yet say if they’re all as power efficient. But the Ryzen 9 4900HS and the Asus ROG Zephyrus G14 give us some hope for things to come.

8 Comments Comment from the forums
Be In the Know