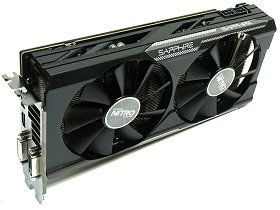 The question is a fair one. After all, a year is a long time in the graphics game. Back in 2014, the uncut version of Tonga (with 2048 Stream processors, rather than the 1792-shader version that became Radeon R9 285) might have been an interesting complement to Hawaii, which lives on in the Radeon R9 390 and 390X. But the landscape doesn't look the way it did last fall.

To begin, AMD launched its Fiji GPU in no less than three different flavors: the Radeon R9 Fury, Fury X and Nano. And Nvidia didn't sleep through any of that; it has a portfolio stuffed with Maxwell-based processors. Still, AMD’s new Radeon R9 380X does seem to hit a gap in Nvidia’s line-up, right between the price and performance of GeForce GTX 960 and 970. This could make the 380X a more interesting option than it might otherwise appear.

Antigua Pro, a relabeled version of Tonga Pro, offers four shader engines, each of which had access to seven compute units (CUs). The 380X, armed with Antigua XT, increases this to eight CUs. Just like we’re used to from the previous generation’s GCN-based GPUs, every CU houses 64 shader and four texture units, resulting in a total of 2048 (instead of 1792) Stream processors and 128 (instead of 112) texture units.

Tonga and Antigua have fewer render back-ends than Hawaii and Grenada. Their four shader engines only have two each, compared to the 390(X)’s four. Each individual back-end can render four full-color pixels per clock, which amounts to a total of 32 per cycle. This is only half of what Hawaii and Grenada can do.

The aggregate memory bus is also narrower than Hawaii/Grenada. It's 256 bits wide, sacrificing as much as 27 percent of its throughput compared to the higher-end cards. AMD's solution is similar here as it was for the Radeon R9 380: color data in the frame buffer can be written and read in a compressed lossless format.

A number of other features are also integrated. Parallel execution of instructions between two SIMD lanes, new and improved algorithms to plan compute tasks and new 16-bit floating-point and integer instructions for compute and media processing tasks all get rolled into the latest implementation of GCN. TrueAudio and FreeSync (an alternative to Nvidia’s G-Sync technology) both find their places in the hardware as well. And, finally, there are the Unified Video Decoder (UVD) and updated Video Coding Engine (VCE).

AMD isn’t making a reference board for its 380X, instead tasking its partners with finding the best possible configuration. Consequently, we’re using a partner’s card that AMD provided to us.