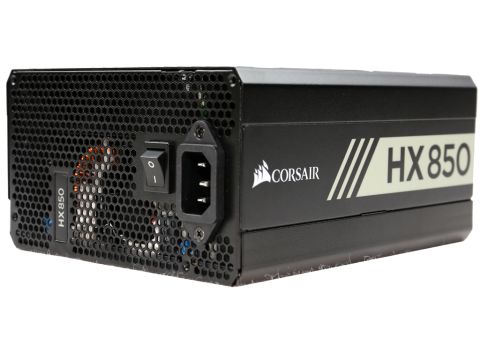 For a small region, the PSU's efficiency falls within the 92-94% range. Otherwise, it's predominantly between 90-92%. Once we apply lots of stress to the minor rails, though, efficiency drops to 85-90%.

We applied half-load for 10 minutes with the PSU's top cover and fan removed before taking photos with our modified FLIR E4 camera that delivers 320x240 IR resolution (76,800 pixels).

Temperatures inside the PSU are generally normal. However, we worry about the electrolytic caps, which are installed between the +12V boards. The operating temperatures of those caps are increased because both +12V boards naturally get hot, especially under high loads. Thankfully, airflow is unobstructed on the secondary side, so when the fan spins, the caps shouldn't become dangerously warm.