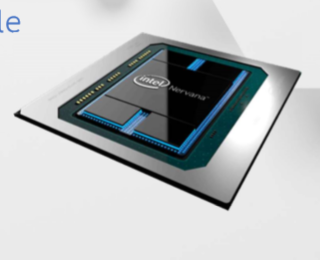 Intel informed Freund of its new AI strategy going forward. Intel will support the NNP-I inference chip “for previously committed customers,” but says that it will completely cease development of the NNP-T AI training design.

Intel stopping development of the NNP-T doesn’t come as a complete surprise, given the acquisition of Habana in December: both companies make chips targeted at artificial intelligence workloads in the data center (deep neural networks).

At the time of the acquisition, there was already much speculation about what this implied for Nervana. Intel said at the time that it wouldn’t make roadmap decisions on day one and that Habana would remain an independent business unit.

Intel's AI efforts are managed by Naveen Rao, co-founder of Nervana, under the AI Platforms Group. It is unclear what this means for the Nervana team and the AI Platforms Group, if for instance the group will merge with Habana. (When Intel acquired Mobileye in 2017, Intel's Automated Driving Group merged with Mobileye, which stayed an independent business unit as well.)

Intel acquired Nervana in 2016 for over $350 million in its strategy to enter the market for deep learning training chips, which is dominated by Nvidia’s GPUs with tensor cores.

Intel didn’t have GPUs, so developing an ASIC specifically for deep learning would give the company an advantage over Nvidia. Nervana's Lake Crest chip was built on 28nm, however, and was relegated to a software development vehicle. Meanwhile, Nervana started work on a 16nm version of the chip, codenamed Spring Crest, which was set to launch by the end of 2019. Along the way, the chip’s proprietary Flexpoint number format, touted as one of the key features of the chip, was replaced with Google’s Bfloat16 number format.

At the same time, Intel also worked on a chip specifically for deep learning inference, announced as the NNP-I. One of the key selling points of the NNP-I was that it contained two Sunny Cove CPU cores (the same ones as in Ice Lake), which would make it more versatile than any other inference engine.

Intel detailed both the NNP-T and NNP-I at HotChips last year.

We can think of several reasons why Intel would make this move. Foremost, the Habana acquisition left Intel essentially with four dedicated product lines for the deep learning space: two from Nervana and two from Habana.

While Intel projects the market for such chips to become $25 billion by 2024, having to support two chips for inference and two for training seems highly excessive. Especially when taking into consideration that the vast majority of Intel’s revenue comes from just one CPU architecture that is shared across Core and Xeon in the PC and server space, although the Atom architecture is also gaining in importance for the company.

Founded in 2016, Habana was one of the latest high-key startups to come out of stealth mode in the second half of 2018, but the company immediately impressed with much higher performance than Nvidia with its Goya inference chip, and started sampling to cloud service providers soon after.

Habana also announced at the time that it would have a training chip in the second quarter of 2019, called Gaudi. Gaudi is based on the same (although improved) architecture of Goya, and also leverages the same software stack. This essentially means that one set of software and hardware IP can be leveraged across both product lines.

This is much different from the Nervana lineup. Despite their similar names, they are two separate efforts. The NNP-T was developed by Nervana and is outsourced to TSMC, while the NNP-I is a homegrown Intel chip built on its 10nm node.

So if Habana performs just as good, if not better, than the Nervana chips, and customers then Intel could streamline its own deep learning chip development efforts by moving from two IP development efforts (NNP-T and NNP-I) to one. Additionally, it could also eliminate a strong competitor.

One additional reason that might have put Habana in favor of Nervana is likely to have been customer feedback. For Intel’s customers, developing for one common architecture might also be a benefit and a value proposition to adopt both chips in their data centers, similar to Nvidia offering both chips for neural network training and inference based on its tensor cores.

(Training refers to creating, or training, a neural network based on known input data, while inference means applying the neural network on new data, i.e. using it in practice.)

Summing up, the acquisition may benefit both Intel (by consolidating its AI chip development to one product stack), as well as its customers, who likely want to see a good alternative to Nvidia.