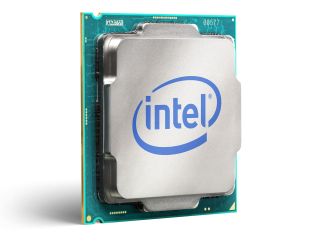 Intel is in the midst of the largest restructuring in its history. The company is shifting focus to what it considers growth opportunities like the IoT, cloud, and data center markets. Meanwhile, it's grappling with a slowly declining mainstream desktop PC market, even as the unlocked K-series SKUs grew 20% year-over-year.

The company’s insistence that it isn’t abandoning enthusiasts is genuine. And in the face of an impending AMD Ryzen roll-out, Intel really wants power users to get excited about a refreshed processor portfolio. Today's desktop-oriented Kaby Lake launch is different, though. It marks a departure from the heady days of its Moore’s Law-fueled tick-tock cadence, which normally finds the company presenting a new microarchitecture followed by a die shrink. Intel is now adhering to its new Process-Architecture-Optimize cadence, or tick-tock-tock, if you will.

Instead of plowing forward with a 10nm shrink, Kaby Lake falls into the optimize phase and comes bearing Intel’s tuned 14nm+ process. These CPUs are borne from targeted refinements to the existing node, resulting in faster transistors that enable 300-400 MHz-higher clock rates than Skylake could achieve. However, the previous-gen architecture rides back into the picture atop the process improvements. So we aren't the lucky recipients of any IPC enhancements or other new technologies. As we learned during Intel’s mobile Kaby Lake launch, most of the changes come in the form of an improved media engine, a nimbler SpeedShift, and the welcome addition of higher frequencies.

These revelations may be disappointing to enthusiasts, but at least Kaby Lake is accompanied by a new chipset. And although this generation isn't going to inspire a computing renaissance, there are a few interesting reasons to find it attractive. For instance, Intel is teasing us with 3D XPoint-powered Optane compatibility (availability expected later this year).

The launch includes a healthy array of seventh-generation -S, -H, -U, and -Y-series processors that include Core i7, i5, and i3 models, along with two Xeon chips for mobile workstations. The bulked-up portfolio includes offerings that range from 4.5W to 91W with a wide range of integrated HD and Iris Plus Graphics. Naturally, we focus on the S-series chips destined for the desktop.

Kaby Lake processors drop into the LGA 1151 interface, so you can use them with existing Z170-based motherboards (after a requisite BIOS update) or the new Z270 chipset. Not surprisingly, we find the same allotment of IA cores, TDP ratings, and cache hierarchies. Intel also moved to the slightly-enhanced HD Graphics 630.

We're dealing with the same dual-channel memory controller from Skylake, though Intel bumps official DDR4 support up to 2400 MT/s from 2133 MT/s. We expected Intel to add Turbo Boost 3.0 support, which identifies single-threaded workloads and pins them to the fastest core, but it's apparently keeping that feature exclusive to Broadwell-E.

The four-core/eight-thread Core i7-7700K catches our eye with a top Turbo Boost frequency of 4.5GHz. We also saw the chip sustain 4.4 GHz across all four cores during our stress tests. The MSI motherboard we used as a test platform also features an Enhanced Turbo feature that increases the four-core frequency to 4.5 GHz. The -7700K's base clock rate is 4.2 GHz, an increase of 200 MHz over the previous-gen -6700K, and all four Turbo Boost levels jump by 300-400 MHz.

The four-core/four-thread Core i5-7600K stands out as an impressive value with its 3.8 GHz base clock, which is up 300 MHz faster compared to its predecessor. Turbo Boost binning is also impressive, ranging from a single-core 4.2 GHz to 4.0 GHz on all four cores.

Thankfully, Intel left its pricing structure alone, and the Core i7-7700K retails for $339 while the versatile i5-7600K weighs in at $242. The Core i5-7600K is a great deal for the value-conscious, but an unlocked Core i3 adds a new wrinkle to the locked-i5 purchasing decision.

The Unlocked i3 Debut

Intel's Core i3-7350K marks the company's first unlocked dual-core/quad-threaded model with a 60W TDP. Obviously that makes it an interesting option for overclocking on the cheap. A 4.2 GHz base clock rate is encouraging, and the lack of Turbo Boost shouldn't bother tuners much. The increased capabilities of HD 630 graphics make the on-die solution usable, but a stingy 4MB L3 cache is a bummer.

Regardless, the prospect of an unlocked Core i3 is exciting, and it shows Intel listening to the post-Pentium G3258 feedback. As with all unlocked K SKUs, the -7350K doesn't include a heat sink. A $168 MSRP is within reach of its locked Core i3-7320 counterpart, but it would be even more compelling in the $155 range.

The rest of the Core i3 series is broken up between 51W and 35W TDPs, and they all feature Intel HD Graphics 630. On-die graphics does get a minor clock rate bump, but higher CPU frequencies are definitely more noteworthy. The entire series features a 200 MHz speed-up. Those clocks probably aren't going to compel anyone to upgrade, but if you were already on the prowl for a low-power solution, Kaby Lake Core i3s are compelling.

Next Page Z270, Optane, Overclocking Tools, And HD Graphics 630
126 Comments Comment from the forums
Be In the Know