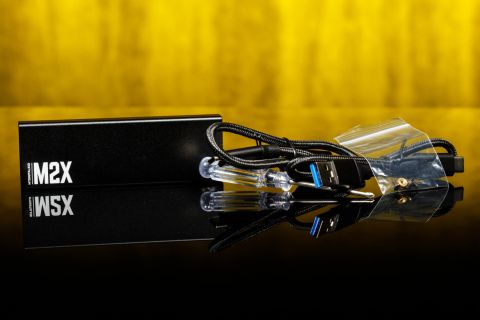 Compared to the native NVMe performance of the BPX Pro, the adapter provides a bit less performance at the smaller file sizes. But read and write speeds come in at 1GB/s for the 128K file size, matching our expectations. This is double the SanDisk Extreme portable and far exceeds the performance of our DIY externals that lack UASP support.

As was with ATTO, the M2X adapter allows the BPX Pro to hit sequential speeds of nearly 1 GB/s. Scaling the load back to a QD of 1, which represents a dragging and dropping a single file, the M2X adapter seems to be limited to 500 MB/s read/write. While lower than the rated 10 Gb/s, this still exceeds the SanDisk Extreme’s performance of 364/400 MB/s read/write. Additionally, 4K random performance took a big hit compared to native speed, but overall, the drive is still decent for an external.

Like in our previous tests, the M2X surpasses both the DIY and pre-built SATA-based externals. During the 25 GB Photo and 50 GB Movie transfer, the M2X ranked behind the Thunderbolt-enabled devices but edged away from the other USB devices in the pool. During the transfer of 25 GB of document files, however, the SanDisk Extreme's faster 4K random speed helped it take the lead.

The M2X enclosure delivered speeds of about 840 MB/s during our two file reading tests.

Without the adapter, the BPX Pro scored 5103 points and an average bandwidth of 704MB/s. Using the enclosure essentially halves the performance. But, overall, its total score of 5013 points and an average bandwidth of 326MB/s is faster than any internal SATA SSD we have tested yet. That makes it a good choice for video editors looking for a new scratch disk when internal expansion proves difficult.