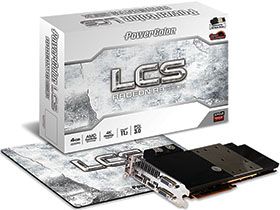 Our series of Hawaii-based (Radeon R9 290 and 290X) coverage caused more than just a bit of controversy, beginning with Chris’ observations concerning noise and followed by revelations that the AMD-supplied Radeon R9 290 he received for review generated benchmark scores that couldn’t be replicated by retail parts. We eventually found that variations in fan speed at the same PWM setting were part of the problem, but that the inconsistent application of thermal paste was also an issue. Taking apart your heat sink is a good way to get your warranty voided though, and AMD eventually addressed our most pressing concerns by overriding BIOS-determined fan profiles with a new driver. Even more noise was generated by the company's reference design, and simply had to be tolerated. It could only be solved by replacing the stock cooler.

Several of AMD’s partners now offer multi-fan-cooled cards that quietly dump all of the big GPU's heat into your case without the warranty worries of a do-it-yourself upgrade. Frankly, that still sounds like a bad idea to me, since extra heat affects every other component inside your case.

PowerColor has a better solution though, and it's currently selling for $800 on Newegg.

Liquid cooling helps enthusiasts move heat away from performance-oriented components to a large radiator, with full control over airflow and noise. Typically, when you build a liquid-cooled system, it's heavier, more intricate, and, of course, at risk of a leak shorting out expensive hardware. All of that is to say, simply, open-loop coolers aren’t for everyone. But if you're confident enough in your assembly technique, PowerColor will back you up with a two-year warranty.