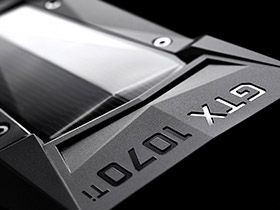 Radeon RX Vega 56 does, however, exhibit more frame time spikes than any other card in our line-up, resulting in quantifiably higher frame time variance. Smoothness doesn’t seem to be affected much, though; the GTX 1070 appears less fluid, according to our unevenness index.

Early benchmarks of the Destiny 2 beta showed AMD’s fastest cards trailing GeForce GTX 1070, so it’s surprising to see them do so well at 2560x1440 using the game’s Highest quality preset. But 4K isn’t as forgiving to Radeon RX Vega, even though we drop a quality level to High.

In this series of benchmarks, GeForce GTX 1070 beats the Radeon RX Vega 56. GTX 1070 Ti only exacerbates the difference. It cannot help that Vega 56 continues to suffer higher frame time variance than the rest of the field, either.

Despite its losses at 3840x2160, AMD clearly put a lot of effort into optimizing its driver since beta. We’re keenly aware that performance in Destiny 2 is heavily dependent on the settings you choose. Conceivably, at this point, it’d be possible to alter individual options to put AMD or Nvidia on top.